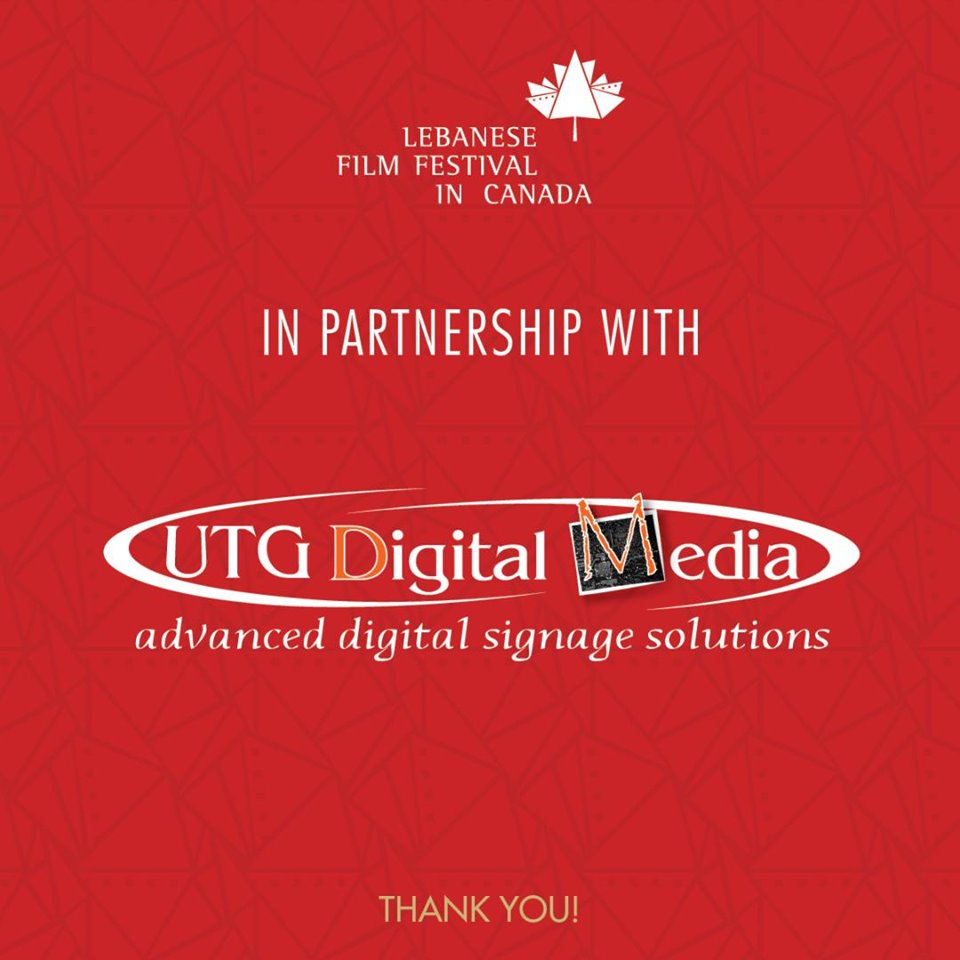 August 15, 2019 – “We are happy and proud to partner once again with the Lebanese Film Festival in Canada (LFF)” says Alan Wehbe, Founder and CEO, UTG Digital Media. We want to help promote the sense of “connectedness” between the Lebanese Cinema and its Diaspora.

This year’s LFF will be host red carpet events and screening of Lebanese short films featured length films in the cities of Ottawa, Montreal-Laval, Toronto, Halifax, Calgary, Edmonton and Vancouver.  Special guests directly from Lebanon will be joining to meet and mingle with the community.

UTG’s digital products will once again light up most of the events.

As per Lucy Ibrahim, Director, Public and Government Affairs, Lebanese Film Festival in Canada,  “Last year UTG made us shine, literally! Everything digital was beautifully laid out and contributed to the Red Carpet Vibe!”

The Lebanese Film Festival in Canada screens Lebanese movies and short films that appeal to the Lebanese Diaspora in Canada. The event also connects the audience with the filmmakers and the actors.

For more information or to attend the Red-Carpet events and view the featured movies, please visit the Lebanese Film Festival website, powered by UTG.

M&M Food Market freshens up its look with a UTG LED Sign!

We appreciate your business and we love to hear from our clients! Can you please give us a Google Review at this link?